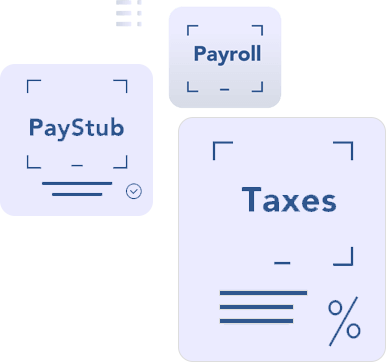 What is Minimum Wage Rate and its impact on Payroll?

Initially, several legislation and improvements were being made for the benefit of the laborers, such as the requirement for overtime pay and restrictions on child labor. Along with these, the minimum wage law is one of the most significant start that was created by the Fair Labour Standards Act, also called FLSA, to help meet the needs of the hourly employees, precisely, non-exempt employees.

When this law came into existence, the first federal minimum wage rate that businesses had to pay their employees was 25 cents. Now, it has raved to $7.25/hour (or $2.13 for tipped workers). Many states, counties, and cities also have their wage laws, so, based on the work location, you must pay your employees the highest minimum wage rate.

The minimum wage is the lowest amount that businesses have to pay their employees for every hour of work they do. The federal minimum wage rate for 2020 is $7.25/hour and has not been changed since 2009. The law requires that you do not pay non-exempt (hourly) employees lesser than $7.25/hr.

Also, states have minimum wage laws. So, when an employee is subject to both federal and state laws, you must pay your employees the highest rate.

Well, not all employees are eligible for a minimum wage rate. There are a few exceptions as well, which we will see in the context below:

How are the minimum wage rates set?

The wage rates are usually determined by the federal government. However, states can also set wage rates. But, what is to be noted is that states are raising their minimum wage laws each month. So, it is a must that you stay compliant with these changes.

As said before, states, counties all have different minimum wage laws with rates from $7.25 to as high as $13.50/hr. Data indicate that 29 states have a higher minimum wage than the federal rate. To name a few, Alaska, California, Florida, Illinois, New Jersey, and others.

So, what is it that you, as an employer, do when your business operates in a state that has a higher wage rate?

When we looked into the different scenarios, we must also remember that there are five states (Alabama, Louisiana, Mississippi, South Carolina, Tennessee) with no minimum wage laws, and employees are paid at least $7.25.

Will the minimum wage rates increase every year?

Just Getting Started?
Get help that you need.

Access our support center for frequently asked questions and answers about 123PayStubs.

Find out the trending topics in the payroll industry and the product updates from 123PayStubs.

Access our resource articles that would help you get more insights about managing the payroll manually.

Still have questions about our online paystub generator?

Reach out our customer support team by chat or email for any questions that you may have regarding our paystub generator.

Create pay stubs for your employees and contractors in 3 simple steps.
Get first pay stub for FREE. Pay just $3.99 from the second pay stub.

E-File now and get the filing status instantly.

Create pay stubs for your employees and contractors in 3 simple steps.
Get first pay stub for FREE. Pay just $3.99 from the second pay stub.

Get First Pay Stub for FREE.

Get First Pay Stub for FREE.

E-file now and get the filing status instantly.